By Hamzat Sani, Special to the AFRO

The 5th Annual Funk Parade will take place on May 12 despite concerns that the event would be cancelled. Instead of cancellation, this year’s parade has grown with a full day of events leading to a fuller night of musical showcases spanning the entirety of the U Street neighborhood historically known as a corridor of celebration for the Black community and once labeled Black Broadway. Main festivities include a day fair spanning several venues on U Street, funky intergalactic musical parade, a musical festival with a diverse roster of local acts and ending in a ticketed late night showcase to bring the party home. 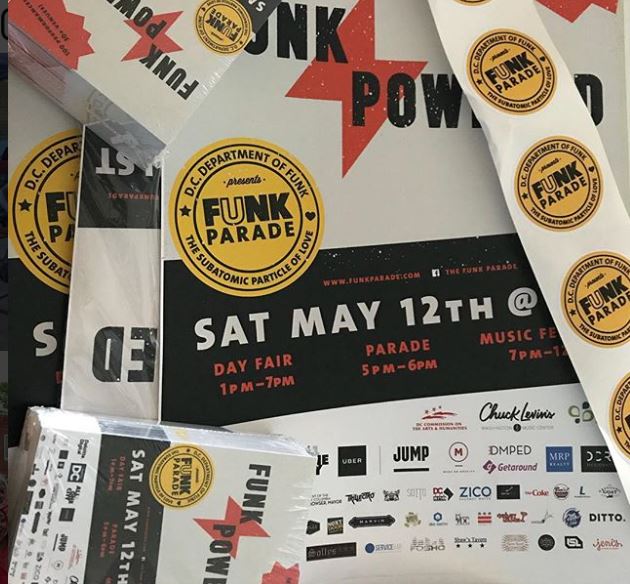 This year’s lineup list is extensive and seemingly every venue capable of hosting music on U Street will be participating. Organizers All 1 City and partners like Trillectro and Knowledge Commons DC have put together events surrounding the main event on Saturday. Throughout the week leading up to the parade, venues throughout D.C. will host events under the Academy of Funk umbrella, touching on everything from the dance, music, fashion and politics of D.C.’s ”funknifecence.” The night before the main parade will feature a Funk Parade Kickoff Show, showcasing Bashment DC, a duo of deejays and special guest Haile Supreme at the U Street Music Hall.

Saturday will be funk day with the day fair starting things off with featured musical stages  from the Main Stage at the African American Civil War Memorial to the Industrial Bank Local Marketplace close to Florida Avenue. The official parade will kick off at 5 p.m., featuring local high school bands Phelps and Eastern and funky performers like Batala Washington and Giant Disco Ball Crew. Following the parade, Trillectro has organized a ticketed showcase at the Lincoln Theatre with local musical highlights Ari Lennox, Mannywellz and DJ Underdog. The night will continue with several U Street venues hosting shows with a slew of great local music. Even venues farther away from the U like Big Chief and Union Stage will help bring D.C.’s funkiest day to a close with show of their own.

Founded in 2013 by a D.C. native to remind residents of U Street’s history as Black Broadway, Funk Parade is largely volunteer funded, organized and produced. This year’s edition is particularly significant as organizers faced budget shortfalls that threatened the festival. However, support from crowdfunding and local stakeholders made it happen in a true communal effort. While the event still faces financial woes, this year’s parade will go on as planned. Music lovers and residents looking to support the parade are still encouraged to donate on their You Caring page.

For more info, check out www.funkparade.com.