By Mark F. Gray, Special to the AFRO

With the impact of public charter schools continuing to revolutionize the American education system, seven leaders in the field are being honored during Congressional Black Caucus festivities in Washington, D.C.  The inaugural #BringTheFunk charter school awards ceremony will pay homage to these academic innovators because of their impact on the new generation of urban education in the America.

The seven honorees were selected based on federal support and commitment to the administrative expertise in maintaining the high performance of schools in their communities.  They have also demonstrated a commitment to the students from densely populated urban areas who face challenges their suburban counterparts don’t. 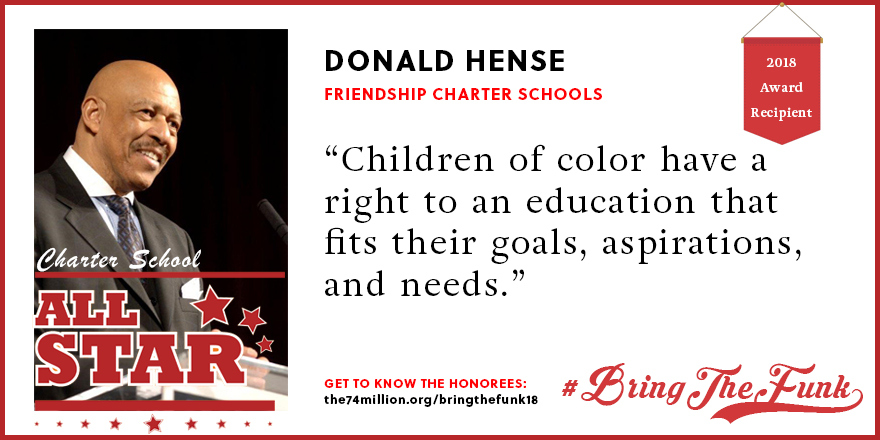 “We are proud to honor these African-American leaders because they represent both the present and future success of the charter school movement in the 21st century,” said Ron Rice, senior director of government relations at the National Alliance for Public Charter Schools in a statement. “These men and women illustrate daily how leaders thinking and working ‘outside of the box’ transform the lives of students.”

Charter public schools are defined as independent, public and tuition-free schools that are given the freedom to be more innovative while being held accountable for advancing student achievement. NAPCS, the Center for Research on Education Outcomes at Stanford University, concluded that charter schools are better at teaching low income and minority students who are still learning English than traditional schools. They also cite data collected by the Center on Reinventing Public Education and Mathematica Policy Research that charter school students are more likely to graduate from high school, finish college and have higher earnings in early adulthood.

Journalist Roland Martin is spearheading this platform to bring attention to the community leadership that is helping most charter schools flourish around the country.  It will mark the first time that charter schools are recognized during the CBC’s Legislative Caucus weekend.  Organizers hope this will change misconceptions that charter schools are voucher based profit driven education systems where owners in the private sector get rich.

“The truth is most successful charter school administrators are people from their communities that are committed to making sure their students receive a quality education,” Amy Wilkins, senior vice president for advocacy at the NAPCS, told the AFRO. “They aren’t being run by rich millionaires and this gives us the chance to recognize the people from those neighborhoods who are impacting them.”

Two D.C. school administrators are among this historic group of leaders who are being honored by NAPCS for their work in helping charter school programs flourish in the Nation’s Capital.  They are noted as “standard bearers” who are prolific leaders that have established their schools as viable alternatives to public schools.

Donald Hense and Shantelle Wright have built programs from scratch at Friendship Public Charter Schools and Achievement Preparatory Academy respectively for more than a decade.  Hense is the founder and chairman of the board at Friendship, one of the District’s largest and highest-performing charter school networks.  Wright has led Achievement Prep in excelling despite a location that remains in one of the most under-resourced neighborhoods in Southeast D.C.

“They are pioneers who’ve put the kids ahead of themselves for a long time,” said Wilkins.  “These are committed, passionate educators who are solutions driven.”