Nathan Thomas feels at home in the Rosemont Community. Standing outside an old vacant townhouse, he trades memorable stories with his father Mike Thomas, a former member of the Black Panther Party, who always was committed to uplifting his community.

With Nathan’s son Nate standing between them, Mike and Nathan discussed the good times living at Normount Court. But they cannot forget the painful memories that impacted their family. This is the place where Nathan was shot over a crap game. This is also where he would spend his last moments with his older brother David a decade ago.

Back in 2007, when David was still alive the Thomas brothers briefly met and talked and before parting, Nathan supplied David with drugs to feed his habit and prevent him from harming anyone else.

“I gave him some crack that night so he wouldn’t go do anything,” said Nathan. “That was the last time I saw my brother.”

The next day David was found dead.

In his late teens, Nathan didn’t foresee any of this happening. He had graduated from high school and attended college to study business management so he could start his own company one day.

Nathan’s plans faded following a hard break-up with his girlfriend. Feeling demoralized, he took to the streets.

His decision caused a rift within the family. Mike, his father recalled the emotionally charged day when he desperately pleaded with Nathan and David not to go out into the streets.

Tears streamed down Nathan’s face as he listened to his father share his heartbreak. He could only respond with saying, “I’m sorry….I didn’t know. If I would have known I wouldn’t have did it,” Nathan said.

Overwhelmed with emotion, the two men stop talking to embrace each other as they shed tears.

Despite the pain it caused his parents, Nathan went on to spend 10 years on the streets selling drugs, which resulted in 3 felony convictions. He eventually grew tired of, “the life,” and after a decade hustling, finally made a change.

Nathan eventually landed a position with AmeriCorps, a civil society program and he was assigned to the Community Mediation Center where he worked with his mother and sister as a mediator.

Nathan’s work with the mediation program earned him a job as a advocacy counselor with Project Plase Inc. and later Health Care for the Homeless where he still works.

Seeking to do more to address the gun violence, Nathan also joined the 300 Men March, a grassroots violence prevention organization. “I questioned myself and said, ‘Well if I can be out here poisoning this community, destroying it for so many years, why can’t I do something to help build it back up?,’” Nathan said.

The effort to combat violence in the city would also attract his son Nate.

“I actually remember seeing the 300 one time. And when I seen them it was like a police force walking through,” Nate remembers. “ It was like they had took over the whole street and then I saw my father.”

Refusing to fall victim to the streets, Nate would go and live with his father Nathan for additional support. The change would have a positive impact on him.

“My grades went from looking terrible to a 4.4 [GPA] when I graduated,” said Nate. “I set the standard.”

Today, Nathan is the co-founder of Band of B.R.O.V.A.S., a new organization of men focused on supporting others in the community. He no longer lives in the Rosemont Community but he still seeks to be actively involved.

“I feel like it’s our responsibility to return back from where we came and try to reach back,” said Nathan.

Nate is now the third generation of community advocates in his family. As he stands between his father and grandfather, he understands the importance of his role.

“It’s a piece of our family that got to stay there,” said Nate. “It can’t be broken. If our whole family motive is pushing the community to do better to stay positive then I can’t be the generation to break that.” 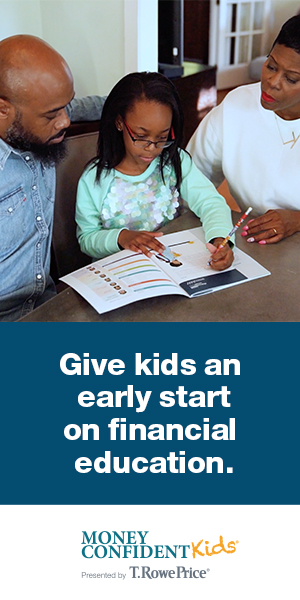