Local chapters of anti-police brutality groups such as Black Lives Matter, the Stop Police Terror Project and the ACLU are suing D.C. Mayor Muriel Bowser, Deputy Mayor of Public Safety Kevin Donahue and D.C. police chief Peter Newsham over their non-compliance on compiling statistics on stops and frisks in the city that was supposed to begin in 2016.

The organizations filed the suit on May 4 in the D.C. Superior Court under the case of Black Lives Matter DC vs. Bowser. 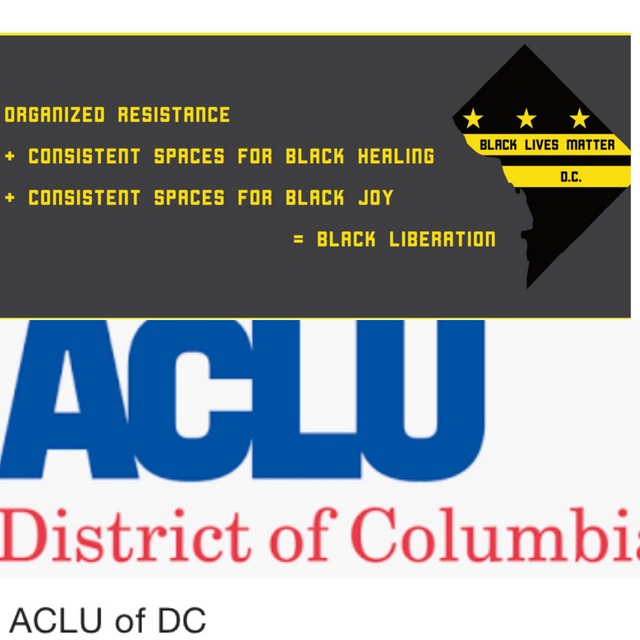 In 2016, the D.C. Council passed the NEAR Act that is comprehensive legislation that promotes public safety by reducing incarceration, focusing on public health solutions to violence prevention and increasing data collection on police stops. The NEAR Act was authored by D.C. Council member Kenyan McDuffie (D-Ward 5), who at the time was the chairman of the judiciary committee that dealt with public safety issues.

The stop-and-frisk data collection provision calls for police officers to collect 14 categories of data for every stop.

April Goggans is the core organizer of Black Lives Matter DC. Goggans said that the city’s failure to compile statistics on stop and frisk is wrong.

“The District’s unacceptable delay in implementing the NEAR Act’s requirement to collect data on stops and frisks suggest that Mayor Bowser and Chief Newsham are scared of what the data will prove,” Goggans said. “The time for games is over. This data collection is necessary to enable the community to hold D.C. accountable for what its police are doing on the streets, particularly if the data matches what we experience every day: That MPD is disproportionately stopping people of color, especially Black people. The lawsuit is the first, necessary step in the fight for fair treatment of all who live in the District.”

The lawsuit is a result of a March 28 letter sent to Bowser on whether the data collection part of the NEAR Act was being implemented. On March 29, Newsham admitted candidly to the D.C. Council’s Judiciary Committee that his department was “guilty” of not implementing the law and Donahue said that the council’s $150,000 allocated for that portion of the law was insufficient for implementation.

Monica Hopkins is the executive director of ACLU-DC and she has reservations about the Bowser’s administration intentions on enforcing the law.

“Mayor Bowser has abdicated her duty to follow the law,” Hopkins said. “By stalling, then making excuses for not collecting this critical data, she has sent the message that police transparency and accountability are not D.C. values. It leaves us no choice but to ask the court to compel the mayor to enforce a law she is sworn to uphold.”