By Stephen Janis, Special to the AFRO

A recently released report from an independent review board on the death of Detective Sean Suiter, has sparked many questions beyond the report’s conclusion that the 17-year veteran of the Baltimore Police Department (BPD), likely died by suicide.

Along with an overview of the evidence that Suiter’s fatal wound was self-inflicted, the 127-page report reveals in detail how the BPD withheld critical information from the public and even homicide investigators working the case.

The report sheds light on allegations made by members of the disgraced Gun Trace Task Force, which put Suiter squarely in the crosshairs of federal prosecutors just days before he took his own life, information police chief Kevin Davis not only withheld, but publicly disputed. Following the release of the report, Davis criticized the findings. “Culturally, the BPD can’t live with the fact that there’s an unsolved murder of a cop on the books,” he told the Baltimore Sun.

“The commissioner repeatedly shared unverified and ultimately inaccurate information with the public, despite the emergence of forensic and other evidence suggesting that Suiter took his own life,” the report states. 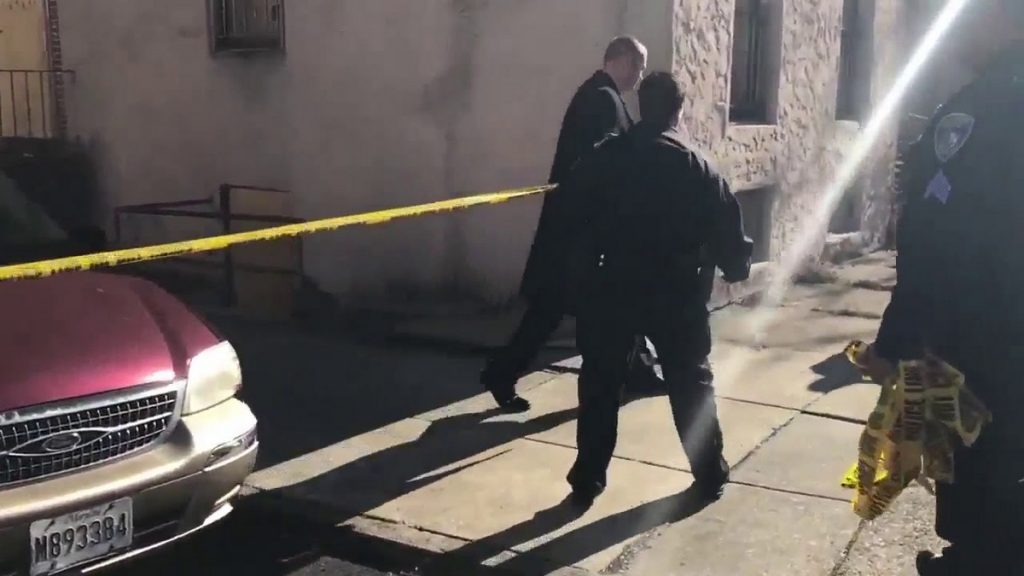 And it is those details – of how Kevin Davis failed to accurately portray the FBI’s interest in Suiter – that once again have residents questioning the validity of the report and integrity of the BPD in general; particularly since the department locked down the Harlem Park neighborhood where Suiter was shot for nearly six days forcing residents to carry papers while conducting constitutionally questionable searches.

“So, which story should the people believe, the first police story or now the second?” community activist Christopher Irving asked after reviewing the findings.

“The city was told officially, that a police officer had been murdered and that the community should put up with unconstitutional treatment in the interest of finding the perpetrator.”

Despite misgivings by some, the evidence about how Suiter died is painstakingly detailed.

Using surveillance video and eye witness accounts, the report documents how Suiter suggested to his then partner David Bomenka that they search a block in Harlem Park for a suspicious person who they had purportedly spotted from the car but could not locate.

Then, with Bomenka and Suiter on separate sides of the vacant alley, a surveillance camera captures Suiter pacing in front of the alley seconds before he is shot.   Seconds later Suiter makes an inaudible radio transmission just before the three shots are fired.

No DNA except Suiter’s was found on the gun or the barrel.  Blood spatter inside the right sleeve of Suiter’s shirt was examined by experts and deemed to be consistent with a self-inflicted wound.

Since Suiter was right-handed, investigators noted that the bullet entered the right side of the back of his head.  Because the barrel of the gun was in close contact with Suiter’s skull, the panel concluded “It is most implausible that anyone other than Detective Suiter could have fired the fatal shot with his weapon,” according to the report.

And most importantly for the panel, was the fact that it would be nearly impossible for an assailant to overwhelm Suiter, take his gun, shoot him and then eliminate any evidence before evading Suiter’s partner.

But, it is the assessment of how Suiter’s death was portrayed to the public that is even more scathing.

But, Suiter declined to talk to the FBI about other allegations that he participated in robberies when they worked together in the Western District in 2008 according to Gondo.

However, despite being briefed fully about these details Davis not only stated publicly that Suiter was not a subject of the investigation, he continued to press the theory he was killed by a lone assailant.

It’s another black eye for the department, which already lacks trust with the community says a former BPD commander.

“One of the problems I see in the policing is we have a difficult time saying we screwed up,” retired BPD Commander Neil Franklin told the AFRO.   “When you do have good relationship with the community it will be patient, unfortunately the department does not have that type of relationship.” Happy 90th Birthday to ‘The Queen’ Ways to Stay Fit in Winter